What a wrong detour could cost

If the wrong idea takes root in your thinking it could take you off course.

For some it could be twenty years before they come back to their senses and by the time they do, they could have lost so much time and so many lifecycle-dependent opportunities could have been lost forever. No one is going to give you an entry level job at 45, you are supposed to have placed yourself at middle management in the career path of your choice by then, that's why career changes can be very difficult at certain ages except of course you bring transferable skills with you.

The wise king Solomon said 'there is time for everything'. It is important to make sure that wrong ideas, and experimental ideas that lead most but a very few to ruin don't take root in you and equally important to look around and see what others are doing and take a kind of 'bearing' check from the activities of your age cohort. Be aware of certain things you should be doing at certain times in your life even if you do decide eventually that you do not want these things. If you hope to pursue them then make sure you are attending to them when you should. 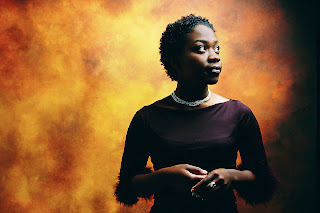 Yes it might seem boring and conventional to trace out your life path along the same lines as the rest of humanity, you may kiss your teeth at having the same mundane choices to fulfill as your mother and grandmother before, indeed there is this push in society now for people to cast off 'structure' and just float or not commit, for many though there will be lots of regrets. Often travelling in certain sections of my metropolis, I see many older gentlemen who didn't put down roots, making a nuisance of themselves accosting women, looking for the attention they should have secured earlier on in life. But many of these men felt they would be tied down or trapped to 'commit' to their girlfriends at the time. Many found it hilarious and macho to play about with their 'gals' feelings and need for commitment.

There are too many ideas floating around in our world today that can transfix people and take them off a healthy life course. They might be in a strange place for 40 years just like the children of Israel in the wilderness, before the 'spell' is broken. You have to find a way of directing yourself aright and have some anchors to a place of sanity and commonsense, especially in this day and age where people create social theories (some just for the heck of it) and push these ideas out there for the most gullible to test it out for them.

I have argued that black women are acting at a disadvantage because there is a clear and critical component of guidance and direction that is missing for black women. Some of us are actually the first in our families to experience certain achievements or get to certain social levels therefore no one has gone before us and can show us the ropes. Parents and elders who often know less about the social terrain and how to make it work for them are in the position of guides for black women! They thus offer no insight, no principles that can form the foundation for a successful life or enable their daughters survive the hostile and predatory wider world. Often there is also the toxic dynamic where black women are structured to just be there to resource others and a specific kind of 'training' that turns black women into community mules is delivered from a young age until she becomes a person who acts against her clear interests and becomes adept at forming relationships in which she is host to parasitic others.

Some 'pyramid selling' ideas are all around you: single parenthood, careless living and not forming attachments and commitments, putting your hope in 'big' government. These ideas will fail the bulk of those who adopt them (that's why I call them pyramid selling ideas because only a few at the peak of the pyramid who embrace these ideas will come out unscathed while most who form the base will rue the day!).

Humanity has indeed evolved but not to the point where we can jettison tried and tested principles that have worked for past generations, no matter how far removed our lives seem . The principles of commonsense acting, thrift as a lifestyle and building healthy networks and connections will out last shiny modern day gadgetry.

She who has much, more will be given

For whoever has will be given more, and they will have an abundance. Whoever does not have, even what they have will be taken from them. Matthew 25:29


I used to have a problem with this saying from the gospels. It seemed so cruel and so unfair to me. I used to think about all those around me who didn’t have much and how that even what they had, God would cause to be taken away. That didn’t sound like God who was supposed to be caring and loving especially of the downtrodden. In fact this particular saying comes from one of Jesus famous parables; the parable of the talents and in it God (who in the story is the talent giver) sounded positively capitalist through and through in that scripture, bang smack in the center of the 1% with all his talk of giving his money to the bankers for profit. He sure wasn’t on the side of those who wanted a redistribution of wealth!


Now for those who don’t know this parable, it's the one where a man goes on a journey but gives each of his stewards varying amounts of money to trade with while he is away. On his return, the steward with the least money has done nothing with his 'talents' and throws the money in his face. The steward, receives not just a dressing down but some humiliation and punishment (you can read the whole of Matthew 29 for the full story).


Well I have somewhat grown up since feeling upset about unfair dealings, and there are two things that I have learnt about that parable.

Folks it's all a matter of perspective. If you feel that you have nothing then you will essentially have nothing. How many of us know people who have many blessings, blessings that the rest of us are begging to have but they don’t rate their blessings and they cant even see it! I know of two people in my circle of acquaintances and friends who always complain about their plight and yet they are surrounded by blessings and good things, the rest of us would give an arm to have.


Many of us can testify that not using our talents and gifts means ultimately loosing them whether this be a musical skill or a knowledge of a computer package. If you do something with what you have however big or small, it will yield, taking you towards abundance. Never look down on the little you have. No doubt this steward was upset at being given the smallest allocation to trade with, but he could have seen it as an opportunity to be creative and innovative or even seen it as an opportunity to do the bare minimum with the money which the master was happy to accept.


Whatever you have to work with be it big or small, it is your attitude to your resource that will determine what you make of it. You might not have loads of talents and loads of money but be assured that the race has quite often gone in the favor of David (with his meager but critical attributes), than the obvious bet Goliath!

It is important that you adopt the mindset of 'I have much', no matter that you think you have little. This is because with this attitude, you put yourself on the path to getting more rather than on the path of ultimately loosing what you have.


Posted by Halima at 7:59 pm No comments: Links to this post