It's getting hard to feel in touch with and positive about being a woman in our western society today, and I don’t say this because of real misogyny and attacks against the female of the species that we hear about everyday, especially in areas of the world where the female is basically still seen as an appendage to all other sorts of other agendas outside herself. I think there is a concerted and wrong-headed campaign to flatten all the difference that exists between men and women in a way that has backfired on the positivity towards being female.


I am increasingly experiencing irritation at women in western world endlessly complaining about 'the sky falling in' because some male said something out of turn. In addition, when I look at what is happening to young women in say Nigeria and compare it with the incessant bleating of women in the West about what is comparatively 'small fry' issues, I cant help but feel that something is all very wrong about the way western woman approach being female and maybe something very careless also given the examples of real suffering (yes I said real), that are all about and of which these same women become curiously silent when confronted with - or suddenly start hemming hawing about 'cultural sensitivity' and how we shouldn't judge 'other cultures'. 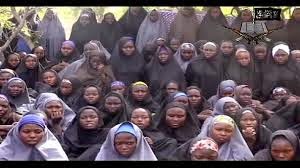 School girls (mostly Christian) captured by the Islamic sect Boko Haram
Each day I open the pages of a newspaper I come across the latest complaint of western womanhood about 'casual sexism', the latest overheard gaffe of some highly placed male and why this is a sign of deep rooted misogyny etc etc. Meanwhile, real attacks are happening, the latest being the plight of mostly Christian school girls kidnapped in Nigeria by an Islamic sect Boko Haram and likely turned in slave-'wives'. I wish for drone-fire to rain down on these savages and their enablers and harbourers. It's too bad for these girls that they have been kidnapped at a time in the world when sensitivity to all things 'Islamic' prevents the world from getting ruthless with these un-evolved excuses for humans or even naming the activities of these savages for what it really is.


It is amazing that despite real and deadly misogyny having free reign in many of these third world nations, the women there are still able to maintain the sweet fragrance of femininity while women in the west who have been 'liberated' from overbearing male dominance don’t know the first thing about it.


It seems the campaign to flatten any difference that exists between males and females and render all male responses as invalid if not evil is making great progress. But alongside, the confusion of the western woman about her role in the scheme of things increases.


How to be Irresistible to White Men: doing it the Asian women way 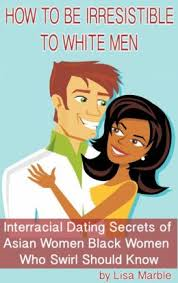 So I have been reviewing this e-book from Lisa Marble. I found it to be what some black women need to get into the relationships they say they want.


Some people have argued with the premise; why should black women have to emulate Asian women. To me the answer is very straight forward. Asian women maintain a level of success in the dating and mating game more than any demographic so for that basic fact it would be foolish not to take a look at their modus operandi for pointers.


The other premise which is being argued against is: why do black women have to make themselves appealing to white men. It presses all our black pride buttons in the wrong way I guess. My response is that political correctness can be a real problem to dealing with the real world. If you are a sensible black woman you will put away Political Correctness and get what you want.


I enjoyed the book and got so many pointers from it. Get it, you might learn a thing or two.

Those Ideas floating around in your head are for something

Please note down the ideas that occur to you in the course of the day, they are important.

You may have as many as 20-30 insights and unique ideas a day, how any of these do you capture in writing or as a voice recording? Make sure you regularly jot down these everyday ideas as well as read over them at intervals. They may look silly or irrelevant but there are gems that are contained. The reason I say this is that those ideas come from your consciousness scanning your environment for the answers to the many questions and challenges that you are facing in all sectors of your life. 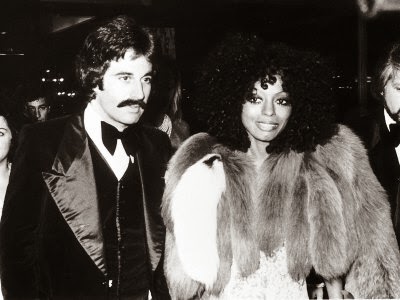 Diana Ross and First Husband Robert Ellis Silberstein
There is something very amazing about the set up of the human mind and consciousness that means that it is actively looking out for itself, to ensure it has a fulfilling time of life, aligning yourself with this natural and innate ability will support you in reaching important goals and ambitions in life. It will also make achieving your goals easier and faster rather than a battle up hill. As long as a situation 'occurs' to you and is noted as a thing in need of an answer or resolution, your mind will get on the job. It will weigh up the critical points of the challenge or problem and then begin to scan your environment for the right solution. You must learn to support and encourage this innate setting and turn it actively towards making life the best it can be for yourself.

If you are going through a challenge and you are actively thinking about it or it is weighing on your mind, at various points in time in the day, ideas will occur to you. Your mind could also display a variety of solutions for you to consider in a dream, it may even act out an aspect of the scenario when you are in a dream state so you recognize the connection between the solution being presented and the issue you are facing. Take these solutions seriously as they can be ideal and can work for you in real time that is if you can remember them and explore the options contained.

Also your mind tends to sift through dozens of options of 'what you can do', presenting you the ones which are relevant to your situation.

I have personally also found that often even if I think I have forgotten my mind can reach back, right back to recollect previous ideas and solutions that would be of use in the present. So that little piece of research you did sometime ago is not always lost, it can be tucked away just waiting to be rediscovered especially when you are in a state of calm.

Posted by Halima at 7:26 am No comments: